When it all comes together, Yachats Sunset 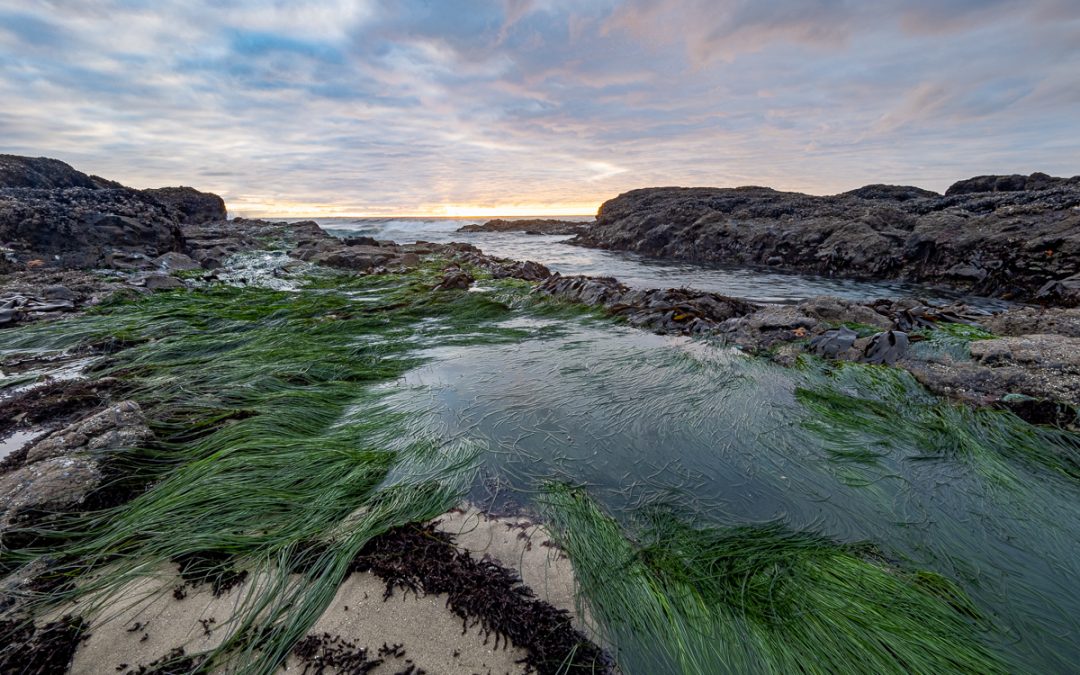 As most of the recent days, this day started with a bit of chaos and lots of driving. We had been covering for our motel manager who had taken ill and now we were making the drive home. Each transition seems to be getting more complex with more “stuff” we need to haul and, of course, there is Charley and all his needs. In the end, I figure that a move across town or across the state takes a full day and Isettle in for a nice drive anda new podcast.

We arrived back at our temporary housing in yachats and began to unload (the second half of any move). As I unpacked the car, Susan took Charley in for a bath. We had stopped to let him run on the beach and a little rinse was in order. Each trip back from the car I saw more and more potential in the sky. The clouds were thick but a slight opening was presentat the horizen. So, on my last trip up fromt he car I told Susan that “one of us needs to go out.” She was kind and said she would stay with Charley and finish bathing him while I hit the rocks.

I had not noticed from above but, as I walked out to the rocky shore, I quickly took in that it was going to be a rather low tide. Rocks we had not yet been able to access were exposed and the tide pools and sealife were abundant. But, the sun was dropping and I had to make a choice quickly. I moved on out toward the point and chose a couple of potential shots to work. It was about 45 minutes later that I returned back to the house in the dark. My day of chaos over and ending in a most spectacular way, a Yachats Sunset. 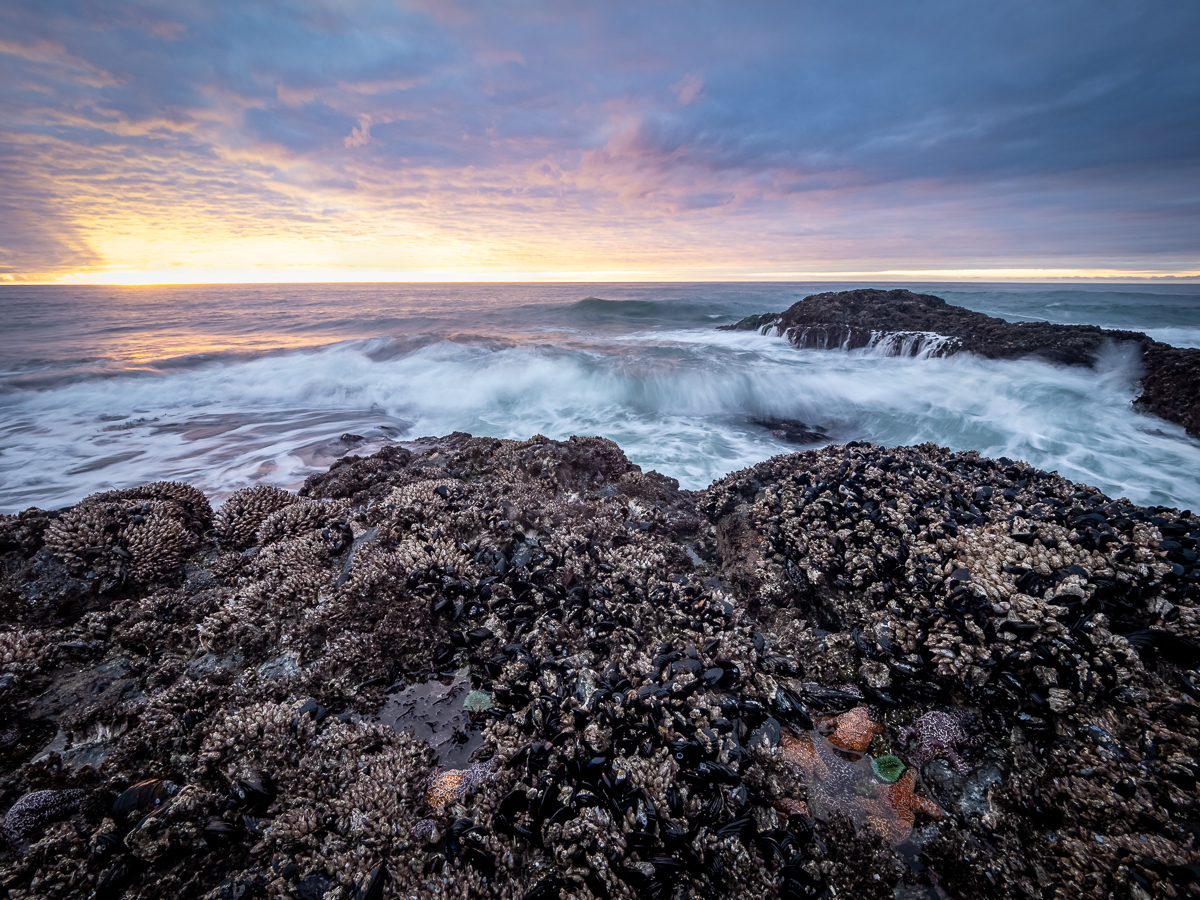 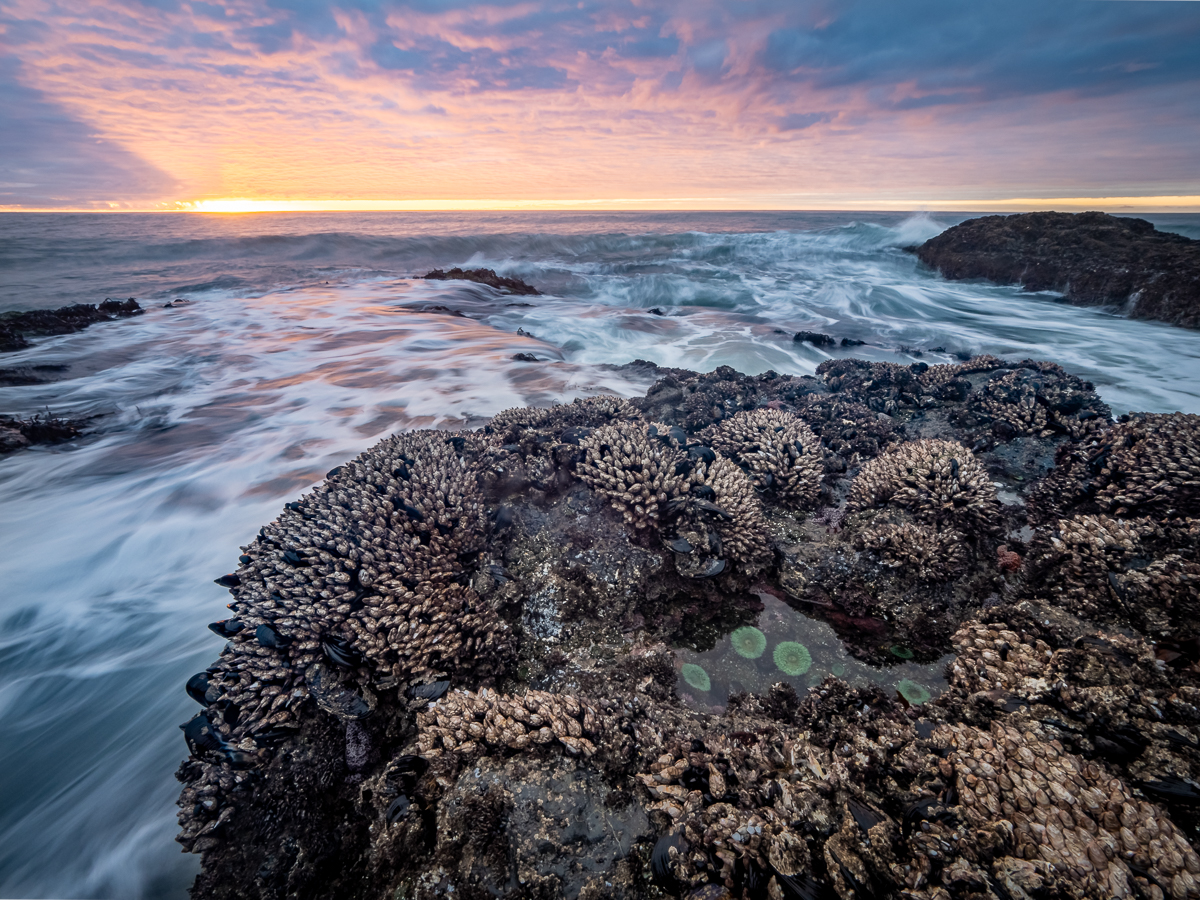 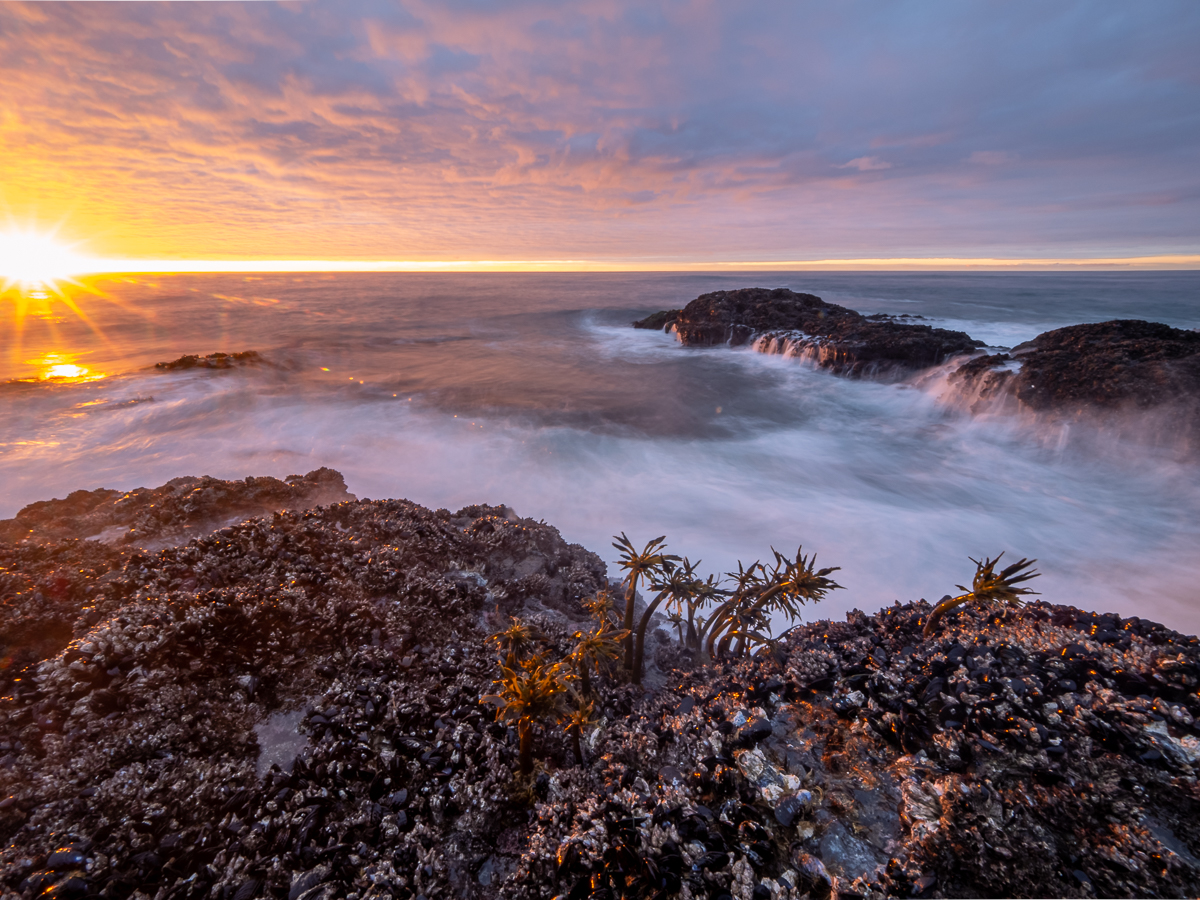 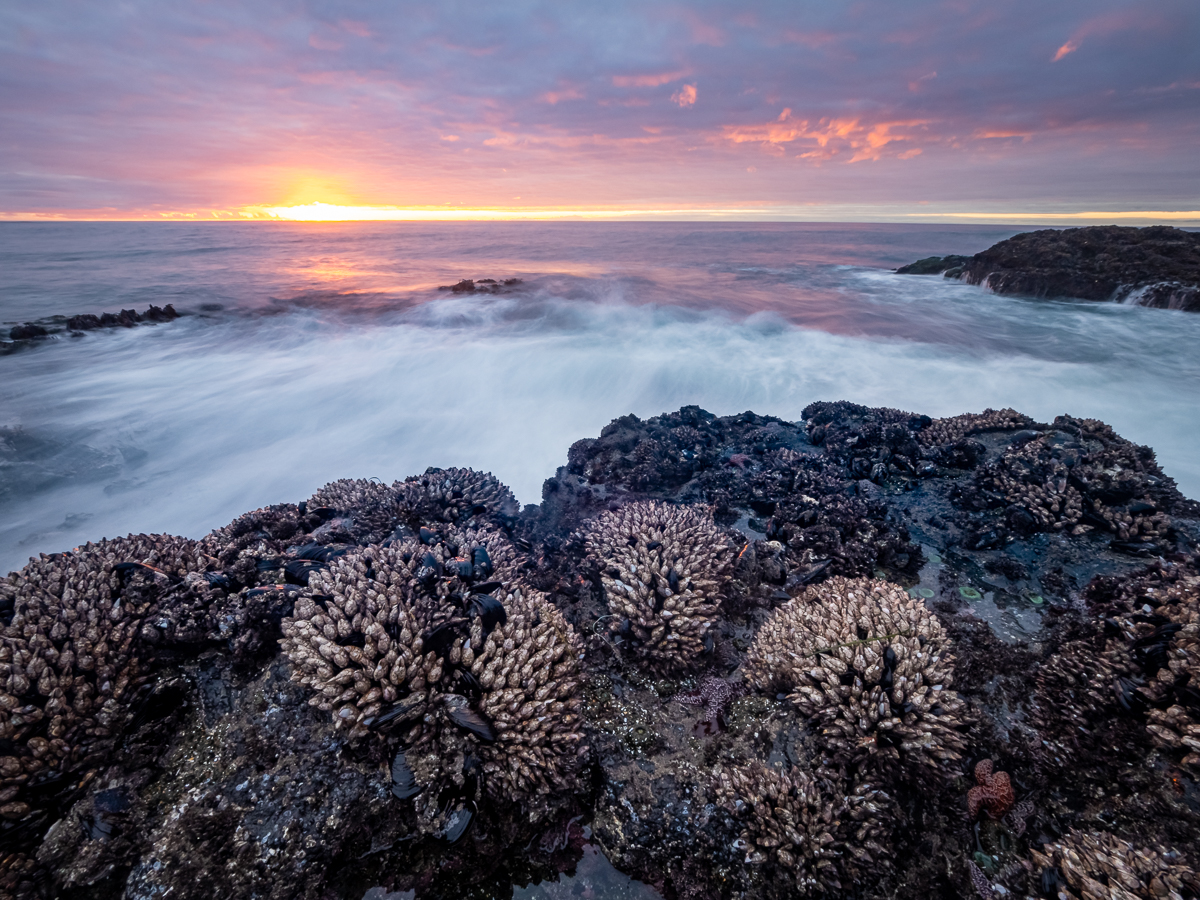 Susan and I have a bit more time here on the Central Oregon Coast before the repairs on our house will be complete. The last month has provided an amazing variety of opporunitunity and I have high hopes for the remainder of our stay.  We will be doing lots of research in preparation for workshops next year. I hope you will be able to join us (for more information, check out www.susandimockphotography.com)

Until next time, happy shooting