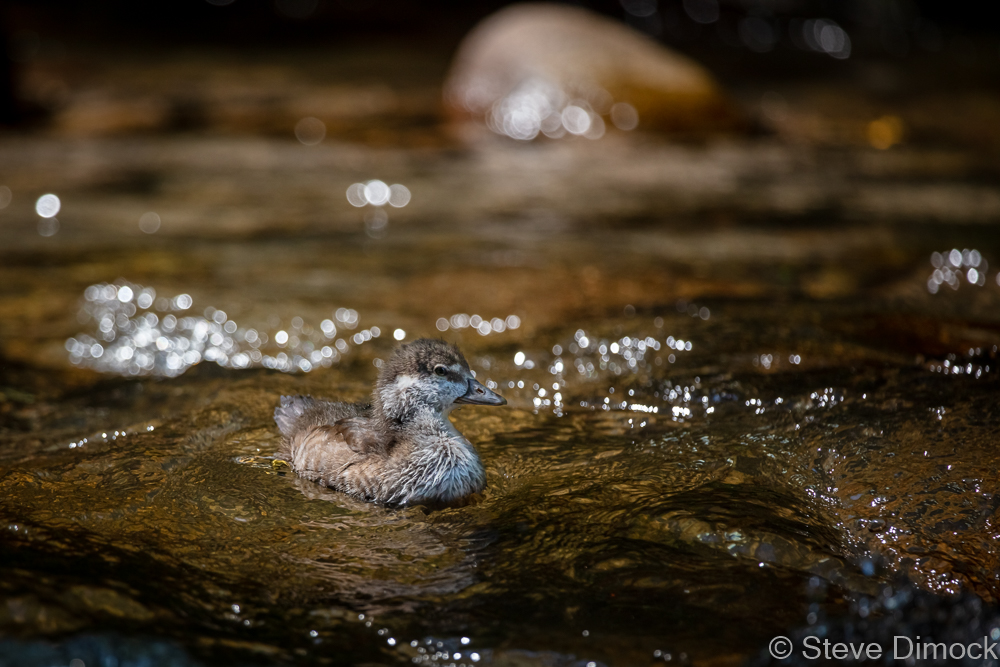 Recently, Susan and I headed up to Tollgate Campground to do a little playing around with our new Uderwater housing. Our goal for the trip was just to learn a bit about how the housing functions and what we can do with it. So, most of our time was spent down at the river playing in the water. What a rough way to spend a few days in what had been an overheated summer.

Susan seeing what she can get looking into a rapid.

We were taking turns with the housing with the non-housing person either shooing macro or rapids and rocks.

As we played away, I noticed a small duck drifting down the opposite shore and over the rapids. I had been shooting in-camera-blurs of the rapids over rocks and was simply not set up and ready. I missed.

Since were were ready for dinner, we headed back to camp and I hustled down to the river with my gear better set up in the slim hope that the little duck would drift by and I hadn’t missed it. I was wishing greatly that I had brough a big lens but, well, one can’t always have everything. As it was, I was shooting with my 100-400f4L which used to be enough so I had hope.

Looking up river there was a father and his young daughter palying in the river and I questioned that I was going to see anything. I wondered had it already passed. Thankfully I did not have time to play too many mind games as I noticed it bobing along and coming right to me. And, then, just as quick it was past. 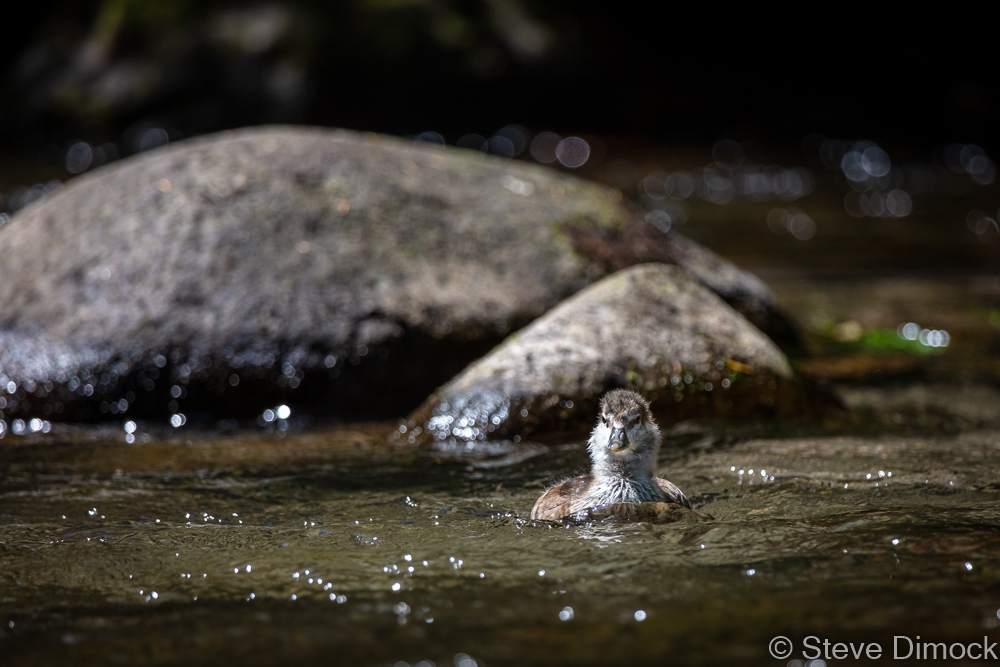 I was unsure of what the bird actually was. My first thought was a Wood Duck Juvenile. The bill seemed right but something didn’t quite fit. Then I had the suspicion that maybe it was a Harlequin. Search though I may I could not locate any good identification material for juvenile Harlequin. So, I did as often seems necessaary and asked for help. I am thrilled to have it confirmed that this is a young Harlequin Duck.